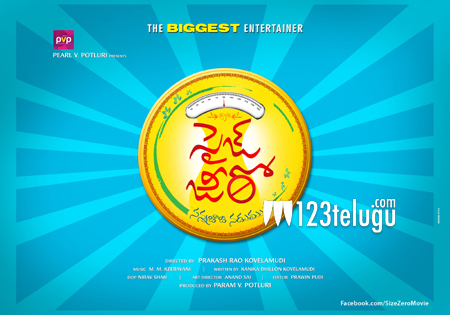 PVP Cinema’s Size Zero has taken the online world by storm. The teaser that was released early today went viral and has become the talking point among the netizens and general public. Evoking a mixture of humour and quirkiness, the teaser establishes the characters of Anushka and Arya. This teaser has caught the imagination of everyone who watched it and is trending online. With over 5 lakh views in just 24 hours, it has generated tremendous buzz and very positive word of mouth.

From the teaser it is clear that Size Zero is a romantic comedy between a large sized heroine and a fit and handsome hero. The teaser ends tantalizingly stating that the “weight” is over and the audio will be released on the 6th of September.