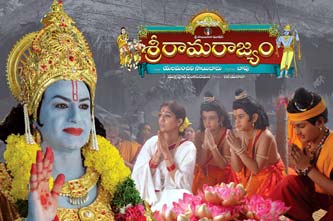 Virgina World gate theater the local exhibitor Ravi chintamaneni has arranged the premier show in a grand way and at the end of the movie viewers had gave standing ovation while rolling the end titles which itself shows the response which is well deserved for Nandamuri Balakrishna , Nayanthara and Bapu .

Earlier Cake Cutting, Audio Cd’s were distiributed to the viewers who came to watch the premier show and auctioned held for signed shirt by Nandamauri Balakarishna which was bought for $ 5500 by Vemana Satish which the entire amount will be forwarded to BASAVATARAKAM INDO AMERICAN CANCER HOSPITAL & RESEARCH INSTITUTE.

We thank Dr.Venkata Rao , Kodali Naren, Satya Surapaneni, Srikanth Chintamaneni , Uppturi Chowdary for getting the signed shirt to get auctioned for the good cause of saving a life . Event was covered by TV9 .

Check Out Premiere Hungama in VA‏