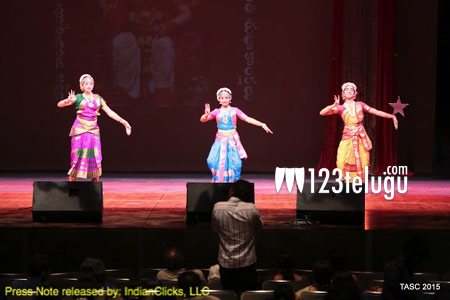 On a day when the temperature in Southern California was soaring above 100 F the atmosphere inside the Marsee Auditorium was sizzling at the TASC Star Night Program.

As always TASC members continue to show their support and loyalty and more than 1900 members turned out to witness one of the fantastic musical performances ever.

Program lived up to its hype and the fantastic four singers Sunitha, Karunya, Sumangali and Kalpana captivated the audience with some sensational singing.

It was pure music at its best. It was a musical treat which included some old classics, mid 80’s, 90’s songs along with some of the latest super hit songs. Audiences were blown away by the energetic performance of these singers, especially Karunya who was the real Rockstar of the show.

Melody queen spellbound the audiences with her great voice and some delightful songs. Highlight of the show was the awesome classical song by Kalpana, who received standing ovation. Sumangali was simply sensational with most popular songs.

Anchoring by Prabhakar and Sudeepa (Pinky) added extra attraction to the show and also Fantastic dance performance by Socal teenagers.

Auditorium was completely packed even at 11.30 PM and audiences were completely immersed in this musical bliss. They were cheering, clapping and dancing along with the singers. They enjoyed every song and every moment of the show.

TASC President Mallik Reddy thanked everyone for coming out in such large numbers to enjoy the event and felt happy as it put TASC into new heights.

TASC EC has specially appreciated the sheer dedication and hard work of the volunteers spanning two months in making the event grand success. 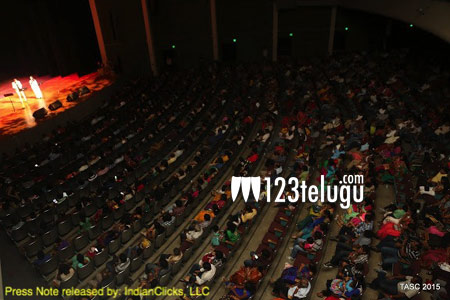 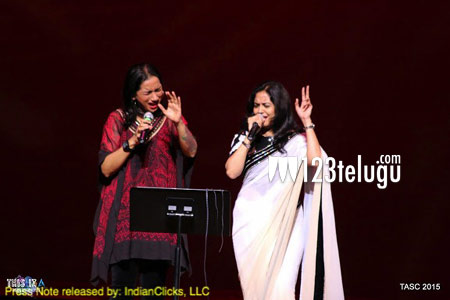 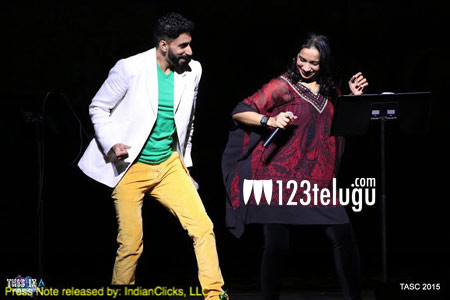 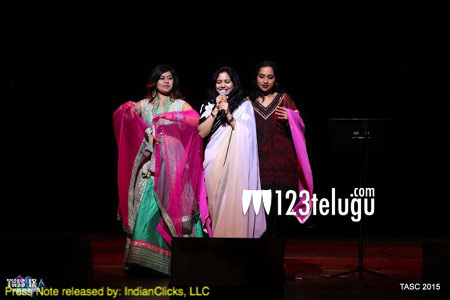