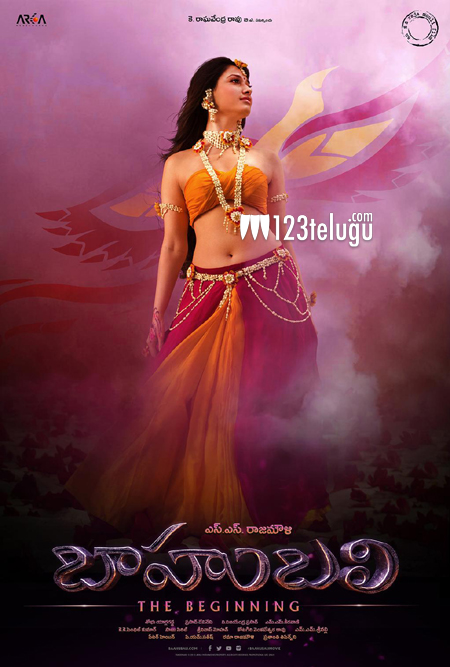 Over the past few weeks, the “Baahubali” team released posters of several characters from the film – so as to introduce the key players in the story. Now, with the two most awaited posters left to be unveiled, fans across the country are overcome with excitement.

Today, the team revealed a poster of Tamannaah in her avatar as ‘Avanthika’. The hashtag #AngelicAvenger was used to describe the character.

Next on the schedule, we have Rana Daggubati’s look as ‘Bhallaladeva’ on May 20th and finally, Prabhas as‘Baahubali’ on May 22nd.

The audio and trailer launch is scheduled and confirmed for May 31st in Hyderabad.

“Baahubali” is a two-part period drama directed by S. S. Rajamouli and produced by Arka Mediaworks. The first part, titled “Baahubali – The Beginning”, is scheduled for nationwide release this July. The film’s cast boasts of the popular stars Prabhas, RanaDaggubati, Anushka and Tamannaah.