Telangana NRI Forum(TeNF), with the cooperation of cultural wing of Telangana Government celebrated Bathukamma/Dasara celebrations on a grand scale. Please find below relevant press note and photographs.Special thanks from me and my team for the help you have been doing.

With the cooperation of cultural wing of Telangana Government,we celebrated Bathukamma/Dasara celebrations on a grand scale.TeNF has been organising this event for the last few years in UK and along with number of other events . Around 800 people attended the event from across the UK .

Auditorium was filled with colourful Bathukammas nicely decorated by Telanagana women folk based in the UK.Women folk participated in the Traditional Bathukamma prayers. Particularly,Bathukamma songs by women attracted all attendees as it was evident that Telanagana women did not forget their culture and tradition even after staying on a foreign land.Children’s participation and involvement was the highlight of the event.As per the Traditional ritual, Bathukkama dance was performed and these Bathukammas were drowned in water.

“Jammi”, the holy tree worshipped for Dussera was sent specially from Telangana,India.Traditional Telangana food was served with specialties.Attendees felt food and tradition reminded them of the the celebrations in their native villages and towns.

Anil Kurmachalam, Founder member said he felt privileged because celebrations were first celebrations after formation of state and are being conducted with the cooperation of cultural wing of Telangana government in India. He thanked the Chief Minister Mr Chandrashekar Rao,Telangana Govt’s Cultural advisor Mr Ramanchari and Mr B P Achrya.

Chandrashekar Seeka, President emphasized the importance of these festival celebrations,especially becuase its the first Bathukamma festival after the formation of the state .He read out the letter provided by Mr Ramanachary to the audience and offered special thanks to him.

Chief Guest Mr Virendra Sharma,Ealing and Southall MP appreciated efforts of the organisation in bringing the community together and appealed members to take part in efforts in building a Social,Political and Economic relations between Britain and India .Mr Sharma was felicitated by the organisation.

Representative from Indian High Commision in UK, Mr Preetham Lal remebered days during TeNF’s formation and its journey when they submitted repeated petitions at the high commission for the formation of Telangana.Mr Lal was later felicitated by the team.

Councillor Mrs Geetha Morla of Milton Keyes who belongs to Telangana origin expressed her happiness in celebrating the festival with so many families and said that being a daughter of Telangana she is happy to work as a Councillor in BritanEntertainment programs then followed with dance programs, songs ,Kolatam and Raffle. Independent Judges picked up from the crowd selected top three Bathukammas(beautiful flower stacks prepared at home) and gold coins were awarded to winners .Children enjoyed Face Painting and kids’ dance programs.Winners of Best Bathukamma awards were Shushumna, Archanana, Bhavani and Goli Kavitha in the order. 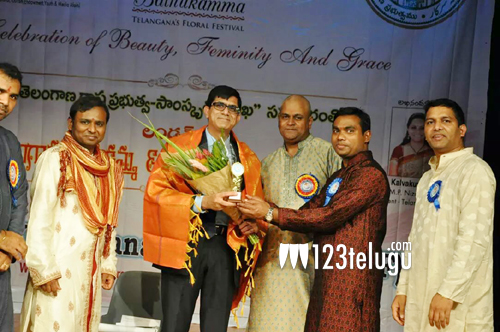 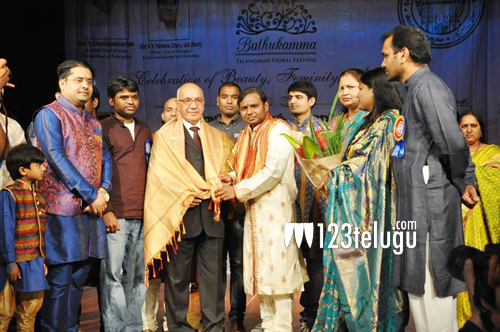 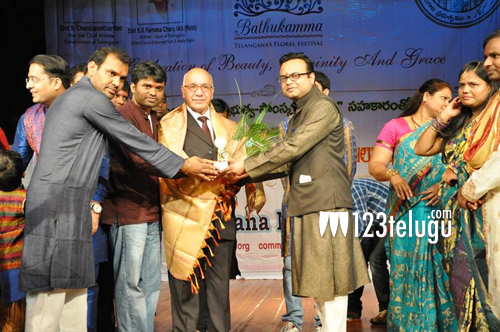