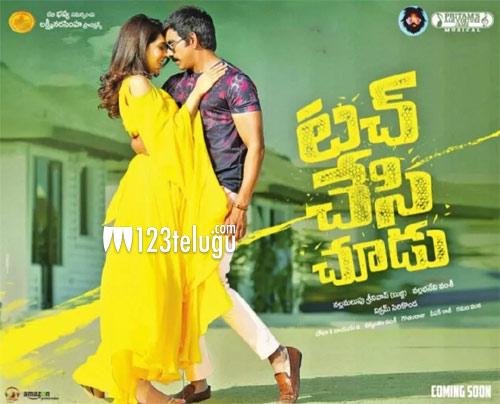 Touch Chesi Chudu Music is being composed by Pritam/JAM8.It’s Vakkantham Vamsi story and being directed by Vikram Sirikonda.

We thank Sri Lakshmi Narasimha Productions Nallamalapu Srinivas (Bujji) for giving this opportunity to BlueSky to release this title in overseas market.

Feel free to contact/what’s app belownumbers or emailif you are interested in screening in any of the overseas locations including USA and Non-USA locations.