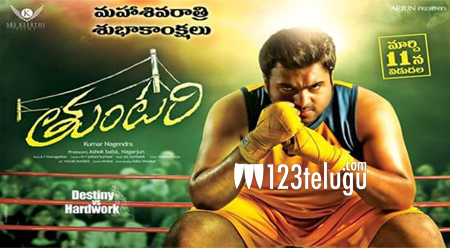 ‘TUNTARI’ is a re-make of Tamil super hit film ‘Maan Karate’ written and produced by A.R. MURUGADOSS. Director Kumar Nagendra said, “Director A.R. Murugadoss was very helpful and his tips were extremely useful in crafting Tuntari”. Kumar Nagendra, who made his mark in Tollywood with his debut film ‘Gundello Godari’, is very confident that Tuntari will be a hit.

Ashok Baba garu and Nagarjun garu produced “Tuntari” under the banner “Sri Keerthi Films”. Music is composed by Sai Karthik and the story was by A.R. MURUGADOSS.

Our heartful thanks to Garamcinemas, Ashok Baba garu & Nagarjun garu for giving this opportunity and we are excited to bring this family entertainer to all the Telugu movie lovers, Nara and Nandamuri fans in EUROPE. The film is all set to hit silver screens across the world in March, 2016.

Business is open for all European countries (except UK) and to become a part of this great project please feel free to contact me.