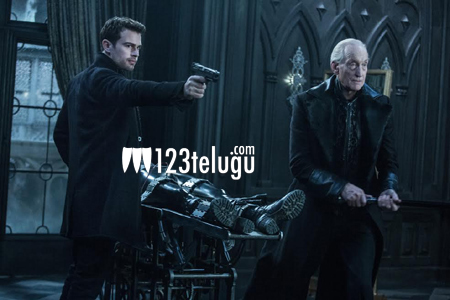 This time on the big screen with Underworld Bloodwars 3D

Charles Dance – Best known as Tywin Lannister from Game of Thrones is all set to be back on the big screen on Dec 2 in part 5 of the mystical action thriller franchise – Underworld Bloodwars.

After playing the incredibly strategic, powerful and intimidating Lord of Casterly Rock, he will be seen as the Thomas – One of the leaders of the vampire clan who’re fighting their arch rivals – the Lycans in a battle for survival. His character in the film, much like Lannister, is powerful and strategic leader but is also someone who’s always believes in doing the right thing and does have a subtle soft side to him as well.

Talking about his experience working on the film and especially about his experience working with his director Anna Foerster, Charles says, “I absolutely adore Anna. I think she’s wonderful. Very calm. You know, the atmosphere on the set comes from a director, and she has a very calm, quiet, precise way of working. I’ve – I think she’s wonderful. I really do. And I think the franchise is very lucky to have her directing this ‘cause she’s – she’s a director of some substance.”