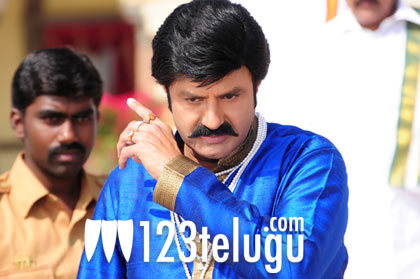 ‘Uu…Kodathara Ulikki Padathara’, is a socio-fantasy film with Nandi award winner Natasimha Nandamuri Balakrishna in a full length role along with Rocking Star Manchu Manoj in the lead roles. Deekasha Seth will be seen romancing Manoj in this film. Dr Brahmanandam, Lakshmi, Sunil, Sai Kumar, Prabu are other casting.

Written and Directed by Sekhar Raja and Produced by Manchu Lakshmi Prasanna. Bobo Sashi has composed the film soundtrack and Salim Sulaiman has given the background score for the film. Cinematography was handled by B. Rajasekar

All interested in screening this movie in your respective regions in UK,