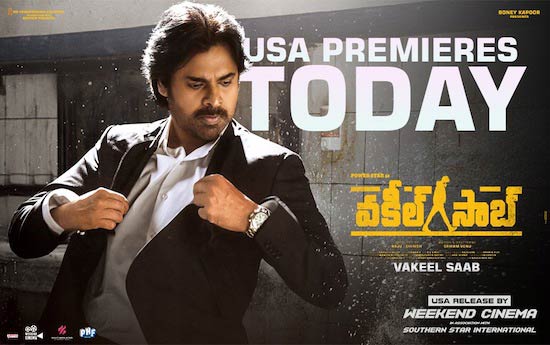 VAKEEL SAAB is all set for a Power-Packed Grand Premieres in the USA today, April 8th !!

USA Distributor, WEEKEND CINEMA have made all the preparations to premiere the film across the country in 285+ locations with affordable ticket price : $14 for premieres & $12 from day one.

Book your tickets now and get ready to watch PowerStar Pawan Kalyan’s mania on big screen after 3 years.