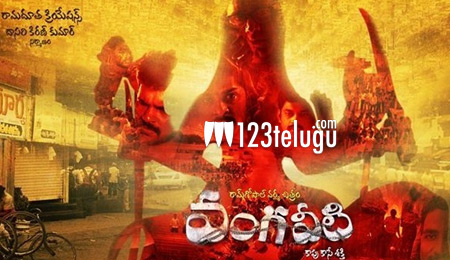 The film is being distributed in the USAthrough garamcinemas.com, aninnovative movie selling platform that made film exhibition in the USAsimple, accessible, transparent and buy films online. Please visit the garamcinemas.com to know how to purchase exhibition rightsin your local theatersand to be a part of this unique opportunity.

Our heartfelt thanks to Dasari Kiran Kumar garu, Vissugaru, Ram Gopal Varma garu and Ashwani Kumar Sehdev garu for this opportunity and we are excited to bring this periodicfilm to Telugu movie lovers in the USA and Rest of World (Except India).The film is all set to hit silver screens across the world on Dec 23rd, 2016.