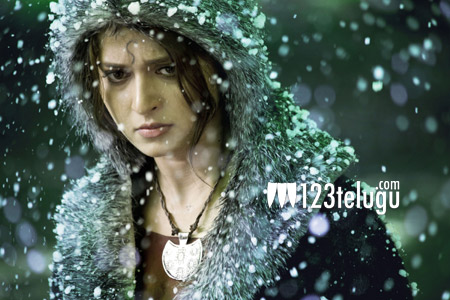 BlueSky Cinemas, one of the leading South Indian movies distributor in overseas market is brining another high budgeted Magnum Opus and a Romantic fictional movie “Varna” into overseas market. BlueSky will be distributing Varna Telugu version in entire overseas market and Tamil Irandam Ulagam in USA, Canada, Australia and New Zealand.
Varna is a jaw-dropping $10 million budget technical brilliance shot in exotic locations of Russia, Georgia and parts of India as rarely seen in any South Indian movies. There were several specialties of this movie and here are some of them:
1. One of the biggest South Indian budget movie that shot very lavishly on par with Hollywood standards.
2. First South Indian movie that shot in exotic locations of Russia, Georgia and Forests of Brazil.
3. Harish Jayraj composed melodious music and back ground score composed by Kolaveri Dee Anirudth.
4. Several Hollywood crew brought on to this project to bring to the international standards with more innovation and creativity.
5. Re-recording has been done in world class Budapest studios where most of the Hollywood films re-recordings will be done.
Varna is a bilingual (Telugu and Tamil) that written and directed by Mr. Selva Raghavan who delivered hits like 7G Brindavanam Colony and Adavari Matalaku Ardhale Verule in Telugu.
BlueSky is really excited to bring this high tech visual feast to overseas market and will be releasing in a grand way with XD and Big D screens as many as possible with red carpet premieres on Nov 21st all over US, Canada, Australia and New Zealand.
PVP Cinema has been already proven for its high quality and high budget films by generating its own brand value. BlueSky released two block buster’s Vishwaroopam (Telugu and Tamil) and Balupu of PVP Cinema and hoping to repeat the magic again to make it a hatrick combination with long term plans. We thank Mr. Prasad Potluri and Mr. Rajeev Kamineni for their whole hearted support to BlueSky.
To become a part of this great project please feel free to contact…
Srini Unnam
Ph: 732 586 0932
Lal
Email: movie@blueskycinemas.com