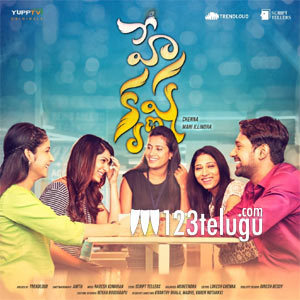 Hyderabad, January, 2018: YuppTV, the world OTT leader for South-Asian content is back yet again with an original web series. After catching the fancy of the viewers with Endukila and Mana Mugguri Love Story, Hey Krishna is the latest offering by YuppTV Originals. Written by Mahi Illindra, the prominent Telugu writer of “Venkatadri Express” and “Express Raja” fame, Hey Krishna stars Varun Sandesh, Kashish Vohra, ‘Viva’ Harsha, Mounima. The Telugu language original web series will be available on YuppTV’s platform.

Hey Krishna, is the story of a 25-year-old engineering graduate, who leads a boring life and fails miserably in all his efforts, each time he decides to woo a lady. After a series of unfortunate (and comical) incidents the protagonist is convinced that Lord Krishna is the root cause of all his sufferings and a love life that’s completely missing in action. What follows is a dramatic decision which would change his life forever. Directed by Mr. Lakshmikanth Chenna, who set newer standards in cinema with his Hyderabad Nawabs, Hey Krishna promises to be a laughter riot for the viewers.

Commenting on the launch, Mr Uday Reddy, Founder & CEO of YuppTV said, “We are delighted to bring to our users the latest original web series, Hey Krishna. I am optimistic that the youth oriented web series will entertain our viewers. I would also like to take this opportunity to thank the brilliant pool of talent, comprised by the star cast, writer, director, and the entire team that has worked hard to make Hey Krishna happen.”

Continuing with the episodic format, Hey Krishna spans over 12 episodes. Hey Krishna is created by Trendloud, while the story is by the Script Tellers. Naresh Kumaran has lent some of his most heart-touching melodies to the original series. Interested viewers can enjoy their direct access to series, binge watching all episodes right now, along with some other winsome content at YuppTV.