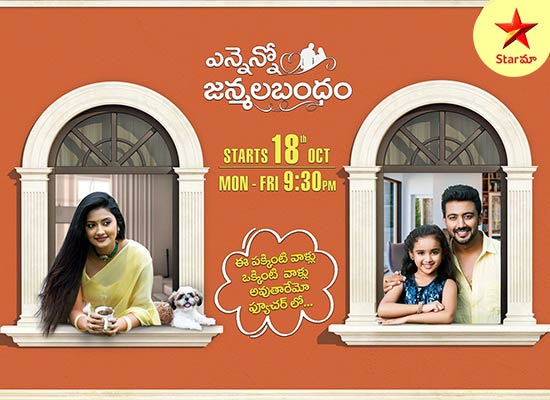 It has been proved time and again that Star Maa is the home to creating captivating family serials. We all are familiar with some of the amazing daily serials that have been airing on the channel for years. Adding to that list of gratifying yet dramatic daily soaps, Star Maa is now bringing us a new family tale, “Ennenno Janmala Bandham”.

The story revolves around the lives of a little girl that craves for mother’s love, her father, and a woman who longs to be a mother. The unexpected journey that the three go on and the uncertainity of their lives that may make them grow closer or throw them apart are the aspects that form the crux of this story.

Filled with enticing emotions, sharp conversations, and twists and turns, the new serial will leave us wanting for more every day.

Though we are familiar with the song “Ennenno Janmala Bandham” for the longest of times, its arrival in a brand-new form for this serial has been evoking long-lost emotions in every soap opera fan.

The serial is expected to be as meticulous and soulful as the song and will be beginning on 18th of October at 9:30 PM. Watch it only on Star Maa.