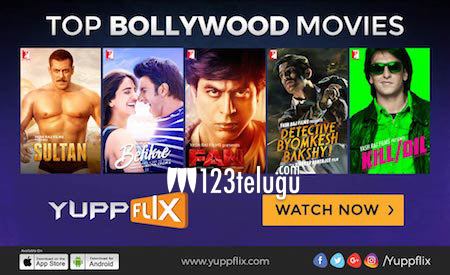 As part of the association, YuppTV will now host popular Hindi movies produced by Yash Raj Films on its movie-on-demand service, YuppFlix.

These titles include the latest and popular offerings by Yash Raj Films, such as Sultan, Fan, Befikre, Dhoom:3 among others, that will be available in TVOD model within India and in SVOD / TVOD models outside India.

Commenting on the association, Mr. Uday Reddy, Founder & CEO of YuppTV said, “We are glad to announce the association with Yash Raj Films and offer our users a stimulating assortment of latest movies made under their banner. At YuppTV, we are driven with the vision to extend the most captivating entertainment solutions to our expat community of users and view this association as another step in the same direction. I am affirmative that our global audiences will enjoy the latest offering at YuppTV and we will continue to bring more awaited movies on YuppFlix.”

Commenting on the association, Mr. Anand Gurnani, Vice President – Digital, Yash Raj Films Pvt. Ltd. said, “We are glad to associate with YuppTV and expand the digital reach of YRF’s bouquet of movies across global markets. We are affirmative that users across different countries will be happy to watch and enjoy their favourite YRF titles online on YuppFlix.”

YuppTV users across the globe can now enjoy the latest collection of movies through its movie-on-demand service, YuppFlix.

In addition to the fascinating bouquet of movies from Yash Raj Films, YuppTV is further committed to updating its movie catalogue on a weekly basis. With such an envious collection of popular movies.

Global users can easily access these movies on all YuppTV platforms, including the website and Android and iOS apps and via internet-enabled devices.

YuppTV is one of the world’s largest internet-based TV and On-demand service provider for South Asian content, offering more than 250+ TV channels, 5000+ Movies and 100+ TV Shows in 14 languages.

YuppTV, recently received funding from Emerald Media, a Pan-Asian platform established by leading global investment firm KKR for investing in the media and entertainment sector, wherein Emerald Media acquired a significant minority stake in the company for US$50mn. Emerald Media is led by industry veterans Rajesh Kamat and Paul Aiello, supported by an experienced team of investment and operating executives.

The platform primarily focuses on providing growth capital to media, entertainment and digital media companies. YuppTV had earlier raised its Series A round of funding from Poarch Creek Indian Tribe of Alabama.

It also offers YuppFlix, a movie on demand streaming service for Expat Market and recently launched YuppTV Originals to bring forth unconventional story telling in collaboration with the top talent from the movie industry.

Originals will be available in episodic format for the digital audience, exclusively on YuppTV’s platform.

YuppTV is the most downloaded Indian SmartTV app and it also boasts of 13 million mobile downloads with 4.0 user rating.