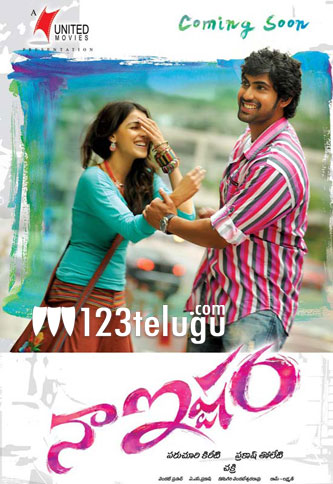 When the canvas gets big, the biggest get going! The Jains of Venus worldwide entertainment Pvt Ltd have made an aggressive foray into Telugu a film music after having tasted previous successes with southern superstars such as Rajanikanth and Kamal Haasan. Venus worldwide entertainment Pvt Ltd has bagged the music rights of United Movies ‘Na Ishtam’ starring Rana Daggubati, Genelia D’Souza, Brahmanandam and Subbaraju Ali. The film is produced by Parachuri kiriti and directed by the leading director of Telugu films, Prakash Toleti. The music is by popular music composer Chakri and has hummable lyrics by the Chandra Bose, Balaji, Vanamali Uttej, Raghu Babu, Ahuthi Prasad, Pragathi, Maryam Zakaria etc.

Champak Jain, Director, Venus World Wide Entertainment Pvt. Ltd., says, “We are proud to make an ambitious foray into the Telugu film industry with eminent music composer Chakri’s superb score for ‘Na Ishtam’ that bears his trademark stamp. The Telugu film industry is a fast growing and huge opportunity and we are happy to enter this flourishing business. We are pleased to bag the music rights of films with superstars such as Rana Daggubati, Genelia, Shakthi, Liya, Tharun Gopi, Venkatesh, Akshara, etc.”

Producer Parachuri kiriti says, “It is a matter of great honour and privilege that a national and global music giant like Venus Worldwide Entertainment Pvt Ltd has agreed to associate with this eagerly awaited Telugu blockbuster. It will help in taking the film global and to a much bigger and lavish scale. We are proud of being the first in the Telugu industry in this year to have the back and support of Champak Jain of Venus and his team.”

Talking about their aggressive foray into Telugu music world, Champak Jain said, “Venus Worldwide Entertainment Pvt Ltd is now poised for further growth while opening new chapter in its illustrious lifetime. We believe that the regional music business in India is growing quite fast and there is a huge opportunity waiting to be tapped across Indian and international markets. After the stupendous success of ‘Endthiran – The Robot’, we are confident of making a success story out of this ambitious foray.”