Pressnote : Oye Ninne in Overseas by Multicolor Entertainments
Published on Oct 5, 2017 2:00 am IST 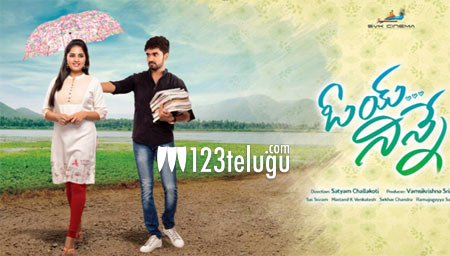 Multicolor Entertainments is proud to announce that it acquires the overseas theatrical exhibition rights of the upcoming entertaining movie “Oye Ninne” starring Bharath Margani, Srusti Dange in the lead roles.

Oye Ninne is being produced SVK cinema production house under the direction of satyam Challakoti
He is an upcoming Indian director who hails from Badrachalam and works in the Telugu Film Industry. He is making his debut with the movie ‘Oye Ninne’ which is being produced by Ch. Vamsikrishna Srinivas under SVK Cinema

Rajamahendravaram boy, Bharat Margani turns hero with Oye Ninne and Srushti Dange is playing female lead role made her introduction in Tollywood in 2014 with the movie April Fool

Multicolor Entertainments is planning to release this movie in highest number of centers and we would like to extend our thanks to SVK Cinema and all the people who helped in acquiring the rights of this prestigious movie.

For exhibiting this family entertainer in your local area please contact:

Email us at – multicolorentertainments@gmail.com for any further information / inquiries.