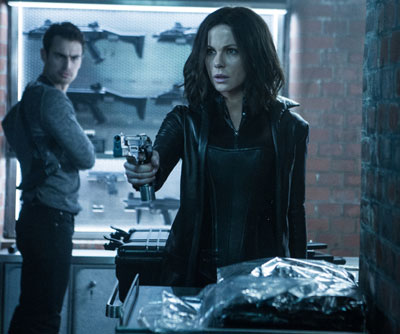 With the success of female led action based franchises like Van Helsing, Tomb Raider, Resident Evil and the soon to release part 5 of the Underworld series, there seems to be a clear market for seeing these sexy and strong women challenge their enemy, in a truly complete sense, for their rightful place and cause. Makers and the actors pay tremendous attention to every aspect of building the character including serious stunt and action training as a run up to the film so that the actresses can perform their roles with complete authenticity.

With Underworld Bloodwars, which will release in India by Dec 2 by Sony Pictures Entertainment India, serving as a timely reminder, here’s celebrating some of the sexiest, powerful and the most memorable Hollywood action heroines :