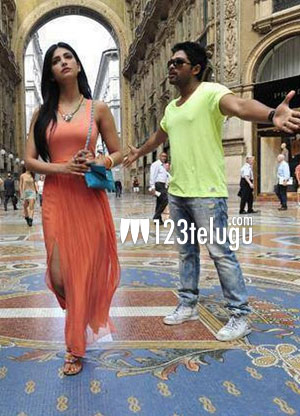 The talkie part of Stylish Star Allu Arjun’s ‘Race Gurram’ has been wrapped up. Only two songs remain to be shot in the film and this schedule will begin in the first week of January. With this, the film’s shoot will come to an end and the production team is making arrangements to release the movie in the month of February.

Shruti Haasan will be seen as the female lead in this movie and Bhojpuri actor Ravi Kishan is essaying the negative role. Surender Reddy is handling this project and Thaman has composed the music. Nallamalupu Bujji is producing this project.

‘Race Gurram’ is expected to be a full fledged commercial entertainer with a good dose of comedy.