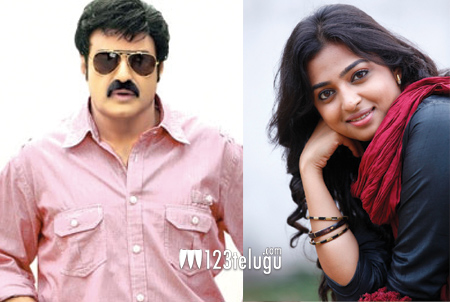 Some pretty interesting news is coming out today about the Balakrishna – Boyapati Sreenu film. Today morning, we broke the news about the movie’s probable title. Now, producer Anil Sunkara has confirmed that Radhika Apte will be the heroine in this movie. Sonal Chauhan has already been roped in for the project.

Radhika Apte appeared in ‘Raktha Charithra’ and Prakash Raj’s ‘Dhoni’ earlier. She is widely acknowledged as a talented actress. In ‘Legend’, Radhika Apte will reportedly be seen in a role that is quite challenging.

Boyapati Sreenu is handling the direction and Devi Sri Prasad is providing the music for this movie. The film is gearing up for an early 2014 release. 14 Reels Entertainment and Vaarahi Chalana Chitram are jointly producing this big budget film.