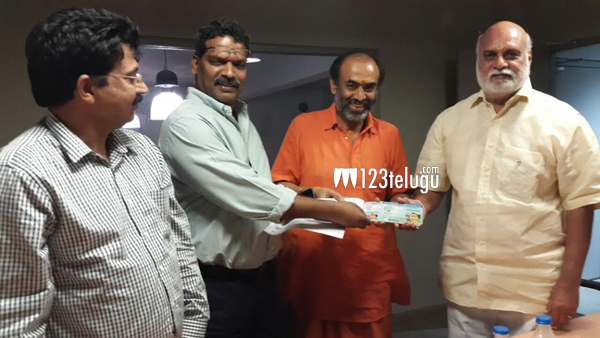 From the past few days, we had been continuously bringing you exclusive updates on the special ‘Memu Saitham’ telethon that has been planned by the Telugu Film Industry on the 30th of this month. We also reported that a mega bumper draw is also being planned and latest update is that veteran director K Raghavendra Rao has bought the mega draw donor passes worth 60000 rupees.

Almost the entire fraternity along with the stars from Tamil and Hindi industry are set to grace this event. Special skits, dance programs and a lavish dinner with stars have also been planned for this mega telethon and all the funds raised from this event will go to the Hudhud cyclone victims.