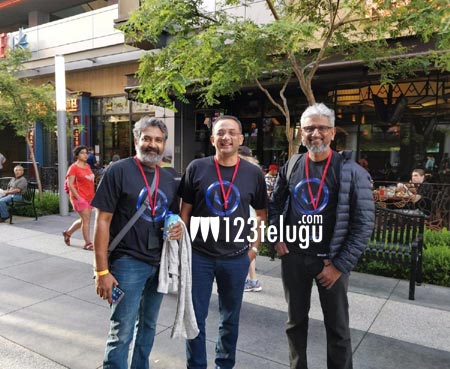 It’s been more than three months since Baahubali 2 released; however, director Rajamouli and producer Shobu are still very much actively involved in the Baahubali franchise. Currently, the duo are in Los Angeles to attend SIGGRAPH 2017, which is said to be the world’s largest, most influential annual conference and exhibition in computer graphics and interactive techniques.

The duo, along with Radeon’s Raja Koduri, will be interacting with numerous CGI experts and also talk about the future of virtual reality as a model for storytelling. It’s worth noting that Radeon had been working with Arka Mediaworks on the Baahubali VR and it’s expected to be unveiled to the public sometime later this year.

It’s still not clear what exactly is Rajamouli’s agenda is at this conference; however, it’s certain that the director is always keen on keeping himself updated about what’s happening in the VFX industry.