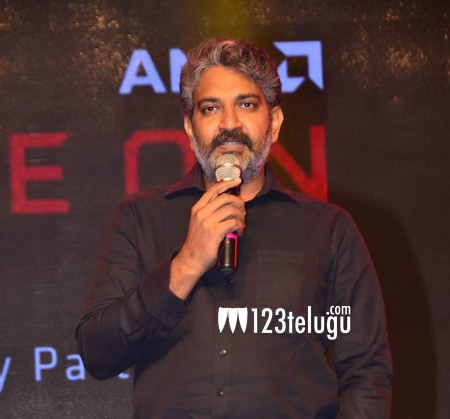 The audio album and theatrical trailer of Naga Chaitanya’s much-awaited action thriller, Yuddham Sharanam, were unveiled last night. Rajamouli was the chief guest at the event and he revealed​ his three predictions for the film’s success.

Rajamouli revealed that his wife Rama Rajamouli is very tough to be impressed and that she was highly excited to be part of the film after listening to the film’s debutant director Krishna’s script. Rajamouli said that was the first time he became confident of Yuddham Sharanam’s success.