Rajamouli’s Eega to be screened at Chennai Film Festival
Published on Dec 4, 2012 12:35 am IST 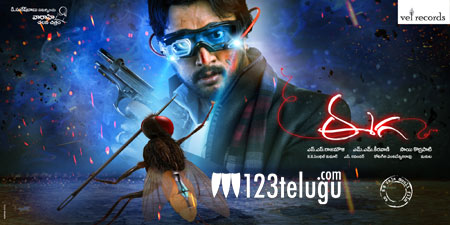 S S Rajamouli’s recent blockbuster film Eega is going to be screened at the 10th Chennai International Film Festival. Since the film festival has a special section dedicated to Tamil films, Eega’s Tamil version ‘Naan Ee’ has been selected. It’s going to compete against eleven other Tamil films including Pizza, Aravaan, Aarohanam, Attakathi, Marina, Mounaguru, Muppozhuthum Un Karpanaigal, Neerparavai, Saattai, Sundarapandian and Vazhakku Enn 18/9. The film festival will be held in Chennai from December 13-20 and 160 films from 57 countries will screened at the film festival.

Naan Ee was a huge hit in Tamil Nadu as well and the film’s producer Prasad V Potluri made a huge profit, thanks to the film’s success at box office. Moreover, it give S S Rajamouli a major breakthrough in Tamil market which will enable him to do more bilingual films in near future. Already, he has announced that his upcoming film starring Prabhas is going to be made in Tamil, apart from Telugu and Hindi versions. The film’s pre-production is going at full swing and it’s likely to be launched in early 2013.