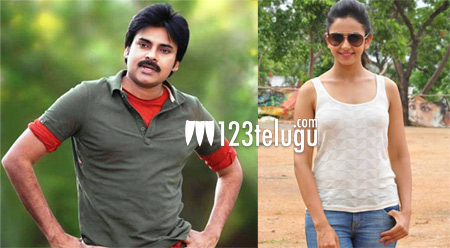 Rakul Preet has been going through a successful phase in Tollywood off late. She has given back to back hits, and has nearly half a dozen films in her kitty. Now, according to the latest rumors, Rakul Preet might play the female lead opposite Pawan Kalyan in Gabbar Singh 2.

Though an official confirmation is still awaited, her name has been strongly making the rounds. Pawan Kalyan will start shooting for this film after completing Gopala Gopala. Sampath Nandi directs this action entertainer.