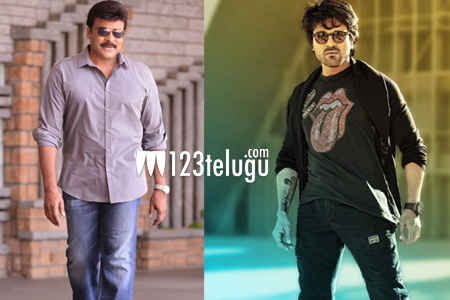 Until a couple of months ago, there was a huge fans and media frenzy surrounding the much discussed comeback film of Megastar Chiranjeevi. Ram Charan, during Bruce Lee promotions, even stated that an official announcement regarding the film will be made after the Dasara festival.However, there has been no noise about the film since then.

Now, Ram Charan finally confirmed that Megastar Chiranjeevi’s 150th film will be a remake of Kaththi under VV Vinayak’s direction. Charan revealed this news during the Ritz Icon Awards 2015, which took place last night in Bengaluru. A formal announcement regarding this crazy project is awaited.