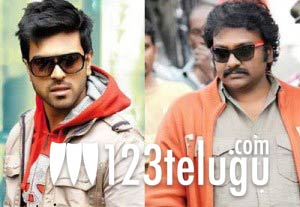 Ram Charan, V V Vinayak’s film is going to be launched on November 9 in Annapurna Studios, Hyderabad. Kajal Aggarwal is going to play the lead role opposite Ram Charan for the second time after Magadheera. Another heroine is yet to be finalized for the film.
This is the first time V V Vinayak is going to direct a film starring Ram Charan Tej. DVV Danayya is producing the film. Regular shooting of the film is expected to start early next year. Akula Shiva has written the script and Kona Venkat has written the film’s dialogues.