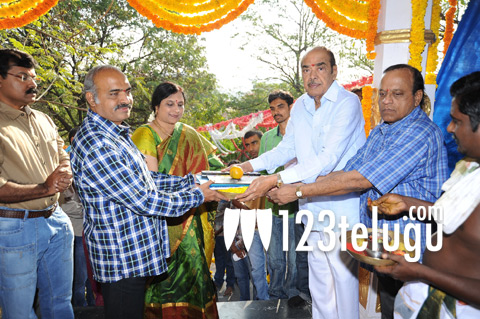 Movie Mogul D Ramanaidu had recently revealed that he’s going to produce a film to be directed by P Sunil Kumar Reddy, of Oka Romantic Crime Katha and Sontha Ooru fame. The film has been titled as Pattudhala and Rahul Ravindra, who was last seen in Andhala Rakshasi, has been roped in to play the lead role. The film was launched earlier today in Hyderabad. Talking about the film, P Sunil Kumar Reddy said, “It’s an honour for me to be making a film under Suresh Productions banner. I hope people from all age groups and sections like our film.” D Ramanaidu said, “We are planning to record the songs in this month and begin the film’s shooting in the first week of March. The film will be extensively shot in Karamchedu, Vizag and foreign locations.” M M Sreelekha is scoring the music.