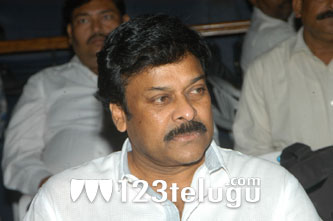 D Ramanaidu has evinced his interest to produce a film which will have Chiranjeevi in lead role. In the past he had produced a Chiranjeevi’s film titled Sangarshana and it did very well at box office. Ramanaidu revealed that he had recently spoken to Chiranjeevi and the actor responded in a positive manner.

“We are searching for the right script. Moreover, we are planning to donate the money we make from this project for social service initiatives,” Ramanaidu said at an audio launch in Hyderabad. After Puri Jagannadh and RGV, Ramanaidu is third such film personality who has evinced his interest to work with Chiranjeevi.