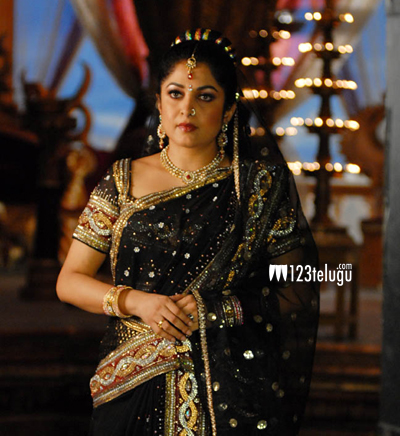 Veteran actress Ramya Krishna has been chosen to play the crucial role of ‘Rajamatha’ in ace director S.S.Rajamouli’s ‘Baahubali’. This character is said to be quite crucial for the story and Ramya Krishna is a good choice, as she can pull off critical roles with a lot of grace.

Young Rebel Star Prabhas and Rana Daggubati will be seen as brothers and Anushka is the main female lead. Veteran actors Sathyaraj and Nasser are also a part of the film. Shooting is currently going on at Ramoji Film City.

‘Baahubali’ is set to be the most expensive Telugu film ever made. Keeravani is scoring the music and Senthil is handling the cinematography for this period action flick.