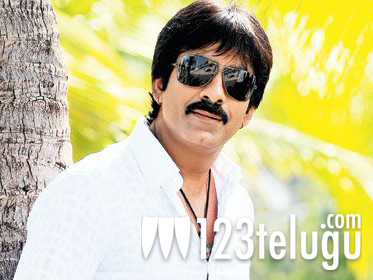 Ravi Teja’s upcoming film Sir Vacharu is in the last leg of shooting. Except for a song, most part of the film has already been wrapped up. Kajal Aggarwal and Richa Gangopadhyay have played the lead roles in this film. Majority of the film has been shot in Ooty, Europe and Ramoji Film City in Hyderabad. Parasuram is directing the film and this is his second film with Ravi Teja after Anjaneyulu. Ashwini Dutt is producing the film under Vijayanthi Movies banner. Devi Sri Prasad has composed the music and Vijay K Chakravarthi is the cinematographer. The film is expected to hit the screens shortly. After wrapping up this film, Ravi Teja will soon begin shooting for Balupu which will be directed by Gopichand Mallineni. Shruti Haasan and Anjali are going to be paired up with Ravi Teja in that film.