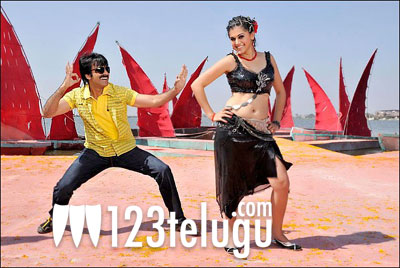 Ravi Teja’s untitled film, which is being directed by Shouryam Shiva, is currently being shot in Mahabalipuram, Tamil Nadu. Taapsee is playing the lead role in this film. The film’s story is set in Chennai, Hyderabad and for the past two weeks, the film was being shot in both the locations. Burugupalli Sivaramakrishna is producing the film on Sri Venkateshvara Entertainments. The film is touted to be yet another mass entertainer. Ravi Teja is simultaneously shooting for Nippu which is going to hit the screens on January 13, 2012.