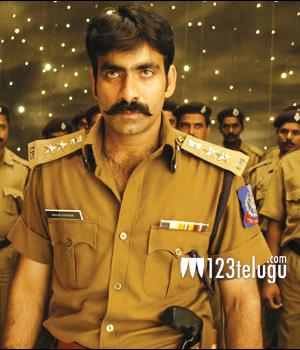 Now after many years, we may get to see Ravi Teja as a cop once again. If the latest reports are to be believed, Ravi Teja will be essaying the role of a police officer in his upcoming movie. This movie was launched today morning and Bobby is the director. Rockline Venkatesh is the producer.

This news has not been confirmed officially. Hansika will be seen as the heroine in this movie and Thaman is scoring the music. Would you like to see Ravi Teja in a police officer’s role once again? Share your views in the comments section below.