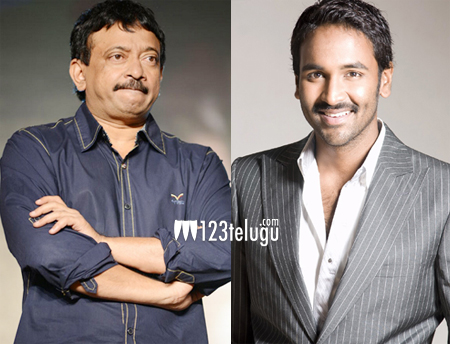 Yes, Me and Vishnu Manchu are going to auction our new action/crime thriller produced by Mohan Babu Corporation through a system aimed at revolutionizing the existing distribution system of the telugu film industry. The trailer of this film is going to be launched today the July 30th after 6 Pm ..The traditional model of the existing distribution business is that the producer makes a film and then from each of the so called film distribution areas called Ceded ,West,East ,Nizam etc,prospective buyers will try to evaluate the film based on their sensibilities, the track records of the makers ,what they imagine would be the audience perception etc and then offer a price to the producer.

Our new distribution model of auctioning a film comes as an extension of a thought that if cinema is treated as a commercial product then it’s only purpose is to reach the maximum no. of consumers. But the difference is that unlike a commercial product which is definite in its features, a film sells emotions whose effect will differ from person to person.

Some of my films worked and and some didn’t but as long as my genuine intention is established to make very uniquely structured path breaking films in terms of style and content it becomes impossible for even me to predict which film will be received how? With regard to the content of the film whether it will work or not, why would me or any other director spend 6 months of our time and work Hard if the intention is not to genuinely try to make a film that will entertain the audience for two hours. My very high budgeted film “Daud”with the top stars of that day Sanjay Dutt, Urmila and AR Rahman after “Rangeela” was a failure and my next very low budget film “Satya”with sweaty faces and zero production values became a huge hit. Forgetting me for a second there are numerous examples of a big star cast film collecting much lesser than a low budget film like “Prema kadha chitram” .

This I am saying to reestablish that no one can predict which film the audience will like for what reason. So when it has been proven that no one can predict any film what follows further in this thought system is that instead of the product being evaluated by 2 or 3 so called buyers so as to what they think the audience will like,we for our film are opting to open up our film’s evaluation for anyone and everyone to participate in their individual capacities in its business.

This comes from my belief that instead of a buyer of West Godavari deciding the value of Paalakollu sitting in Bheemavaram or some other place,I would rather that a resident of paalakollu decide that price for himself since he himself is from Paalakollu. The same logic goes to Rajhmundry Karimnagar, Nizamabad,Anakapally to name a few among among hundreds of other such centres.

This film can be bought by 3-4 students pooling some money in Guntur or by a group of house wives sitting at a kitty party in Vizag or by 2 friends who work in an IT company in Hyderabad. In short any of the film watchers can come into film business. Such is the beauty of this model. For a movie lover to own this film in a theatre near his city/town/village it would cost nothing more than prices varying from as low as 50,000 to 3,50,000 (Depending on the area)

Our website filmauction.in which will open on 1st august at 9 am will give all the commercial details with regard to the pricing of each centre which will be based upon the making cost of the film, its prints and publicity. It will also detail the mode of communication between the prospective buyer and the production house. It will also layout the base price as in the manner of an auction system for each centre. The online counter will openon august 1st at 9 AM and will be open for 7 days and end on 7th August at 6 Pm. And once the highest bidder honors the payment his name will be announced as the awardee for that centre. More details about this bid will be available on the website.

Also this is going to be a one time sale as in ownership of the theatrical rights for that bidder for that particular centre. For example if our base price is 50 rupees and what the highest bidder bid is 70 rupees and if the film collected only 60 or 50 rupees he could be losing 10 or 20 rupees. On the other hand if the film collected 90 or 100 or 120 rupees all that additional 20 or 30 or 50 rupees money collected will be all his. The producers will already have booked the theaters, arrange the digital prints and organize the publicity and also collected the money after the release from the theaters and deposit it in your bank accounts. Its that simple.

The important point to note here is that our risk is far more higher than the bidders risk in time,effort and money spent. So obviously we will spare no efforts to do our best in giving a quality product. If you have any further queries about this, do email us after 1st august at the same site