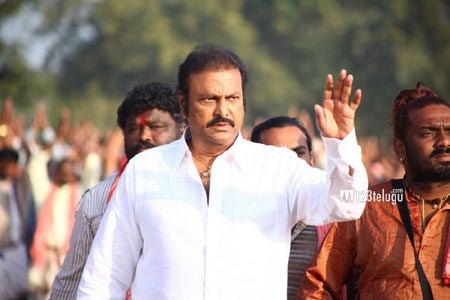 Collection King Dr. Mohan Babu and maverick movie maker Ram Gopal Varma have teamed up to make the action drama, ‘Rowdy’. This movie is gearing up for a release on March 28th and arrangements are being made to complete all formalities before this deadline.

The movie is set in Rayalaseema and Dr. Mohan Babu will be sporting a natural and raw look for the film. Vishnu will be seen in an all out action avatar in the film.

Rowdy is carrying good expectations and the production house is reportedly receiving some very good offers for this film. If the movie manages to release on March 28th as intended, it will go head to head with Nandamuri Balakrishna’s ‘Legend’