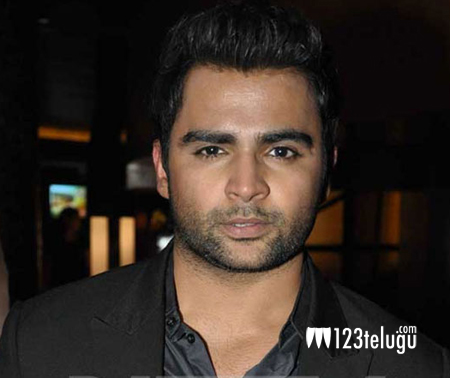 And now Sachiin Joshi, the producer actor of Azaan, Mumbai Mirror and Jackpot will get rid of his first nomenclature and play an actor in Ayush Raina’s next bilingual film Haunting Of Bombay Mills.
Haunting of Bombay Mills is a gripping story inspired by real life incidents bordering the supernatural and has been written by Prawal Raman.

Joshi, for the first time will be an actor and he seems quite relieved at the solo act. “For the first time, I will not take decisions, but instructions. I was pleasantly surprised that someone came to me with a script and asked me only to be an actor in Hindi. I have already been just an actor in the Telugu remake of Aashiqui 2,” says the actor. Aashiqui 2 made in Telugu starring Sachiin Joshi was a huge hit there.

Writer Prawal Raman and Director Ayush Raina met Sachiin at his wife Raina Joshi’s birthday Party and saw the actor they wanted to play the lead in their film. “Suraj Wadhwa is a flamboyant rich businessman flanked by bodyguards and the works and who lives life kingsize. We saw Suraj in Sachiin and offered him the role pronto. To our surprise, he immediately agreed,” says Ayush Raina.

Prawaal Raman who is known to cast actors with conviction be it Randeep Hooda in Main aur Charles and Nishikant Kamat in “404 – error not found” convinced that Sachiin suits the character to the T with the dignity, GRACE and flamboyance he carries with ease at the same time.

Haunting Of Bombay Mills is a Hindi Telugu bilingual.