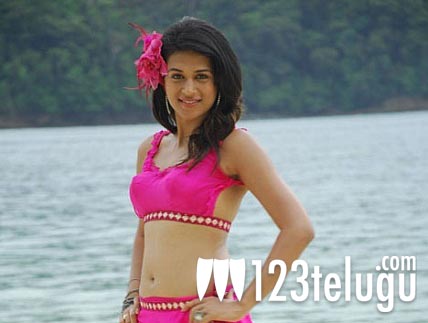 Shraddha Das is all set to join the shooting of YVS Chowdary’s Rey. After completing the schedule in USA, the film will now be shot in Bangkok. Shraddha Das is going to join the film unit tomorrow in Bangkok and she revealed that this is going to be her longest foreign schedule so far. Sai Dharam Tej and Subrah Aiyappa are playing lead roles in the film and both of them are making their debuts in Telugu cinema. Shraddha Das will be seen in an important role as a popstar in the film. The actress has been training hard to get in shape for this role and since this is the first time she’s playing a diva’s role, she’s quite excited. YVS Chowdary is producing and directing this film. The film is expected to be wrapped up early next year and YVS Chowdary is planning to release the film in summer, 2012.