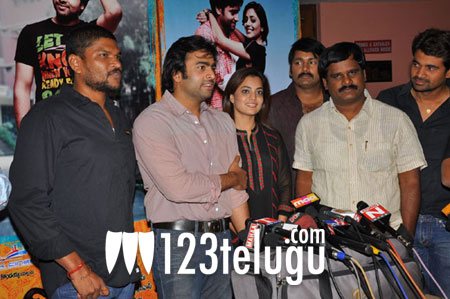 The early buzz surrounding Nara Rohit’s upcoming film Solo is quite positive, if the reports are to be believed. The film was screened to a select audience in Prasad Labs, Hyderabad earlier today and we hear that the pre-release report about the film is that it’s a sensible film with good emotions. Some members of Solo’s cast and crew including Nara Rohit, Nisha Aggarwal, Parasuram, Srinivas Reddy and few others were present at this screening along with some other filmmakers like Anand Ranga, Chaitanya Dantuluri, Nandini Reddy, Praveen Sri among many others. After Yuvatha and Anjaneyulu, this film is Parasuram’s third film as a director. Vamshi Krishna Srinivas has produced the film on SVK Cinema banner. Mani Sharma has composed the music. The film is all set to release on November 25.