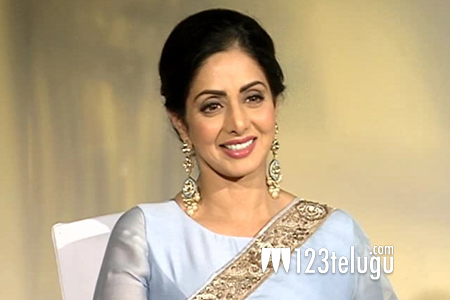 The sudden passing away of legendary actress Sridevi (54) has left millions of her fans and the Indian film fraternity heartbroken. Especially, Tollywood, the industry which played a crucial role in transforming Sridevi into a superstar, is fondly remembering its favorite Athiloka Sundari.

Born to her Tamilian father Ayyappan and Telugu mother Rajeswari on 13 August 1963, in Sivakasi district of Tamil Nadu, Sridevi made her debut in Tollywood as a child artiste with the 1970 film Maa Nanna Nirdoshi.

Sridevi’s last Telugu movie was the Chiranjeevi-starrer SP Parasuram in 1994. In her 24-year-old career in the Telugu film industry, Sridevi had acted in 85 movies, her highest among other film industries.

Sridevi was honored with the country’s fourth highest civilian honor Padma Shri in 2013. Several Tollywood stars took to social media and bid a tearful adieu to the beautiful diva.