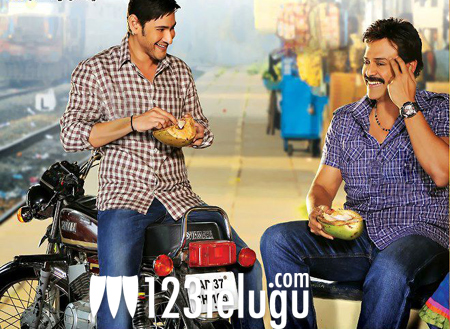 Victory Venkatesh and Superstar Mahesh Babu’s ‘Seethamma Vakitlo Sirimalle Chettu’ is gearing up for a Sankranthi release and the last song of the film is currently being shot in Kerala. The song is ‘Vaana Chinukulu’ and Venkatesh will be seen romancing Anjali in this number.

The song will be shot until the 21st and shooting will officially come to an end with this. SVSC is being directed by Srikanth Addala and Dil Raju is the producer. The family drama is being eagerly awaited by many people as it is the first true Telugu multistarrer to come out in more than two decades.

Mickey J Meyer has composed the music while Mani Sharma is working on the background score for the film.