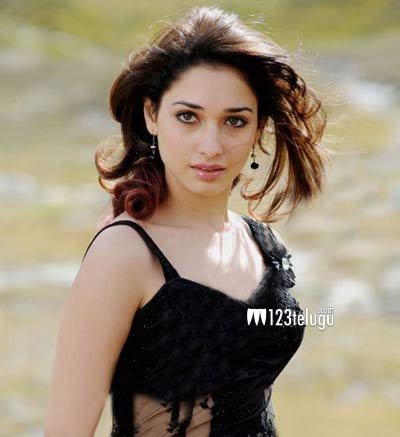 V V Vinayak’s upcoming film starring Bellamkonda Sreenivas and Samantha is slated for release later this year and Bellamkonda Suresh, the film’s producers, is leaving no stone unturned to give the perfect launch to his son. The latest buzz in Filmnagar is that Bellamkonda Suresh has roped in Tamannaah in this film.

At the time of the film’s launch, rumours were rife that both Tamannaah and Samantha will be playing the lead roles opposite Bellamkonda Sreenivas; however, only Samantha was signed up in the end. Now, Tamannaah is set to dance for a special song and she might shoot for this song either in the last week of April or early May.

The film was recently shot in Dubai and it also stars Prakash Raj, Brahmanandam and plenty of other comedies. Interestingly, Prakash Raj is playing dual roles in this action entertainer. Devi Sri Prasad is going to score the music and Chota K Naidu is the cinematographer.