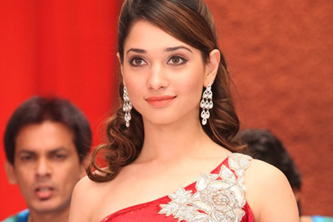 Tamannaah has wrapped up shooting a special song in V V Vinayak’s upcoming film starring Bellamkonda Sreenivas and Samantha. Bellamkonda Suresh is producing this film and it’s being touted as an action entertainer.

Initially, Tamannaah was supposed to be part of the film; however, after the script was modified, she backed out of the project. Apparently, the actress had promised to do a song in this film out of respect for Vinayak and she kept her promise. V V Vinayak is so impressed with her that he thanked her for accepting the offer. “Just Finished special song on Tamannaah with Bellamkonda Sreenivas it will be one of the Best songs i have ever shot. I thank #Tamannaah for accepting the special song even with her busy schedules. This song will be one best songs of Devi Sri Prasad,” he posted on his Facebook page.

Meanwhile, Samantha is expected to join the sets of this untitled film on April 1. Chota K Naidu is the cinematographer. The film is expected to hit the screens later this year.