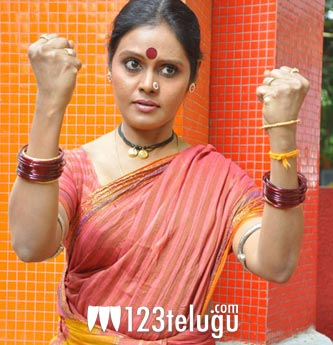 Preeti Nigam will star in and as Chakali Ilamma – an iconic figure who fought for the rights of small and marginal farmers in Telengana. Even today, she continues to be revered in Telengana for her strong sense of regional pride. Her image was revoked by the pro-statehood supporters as a symbol of a fierce sense of independence that the people of the region crave for.

The director Miriyala Ravinder said the movie is dedicated to the thousands of people who gave up their lives for the cause of a separate Telengana . The movie’s first schedule will commence on the 26th of November in Warangal. Others in the cast include, Bayyaram Veeranna, Rakhi, Bandari Muvva and Hari Lakshmi. Music is composed by Ramesh Mukkara. The clap for the muhurat was given by Ilamma’s grandson Mr Ramachandra. The film is produced by Nagamani and Vijayakumar.