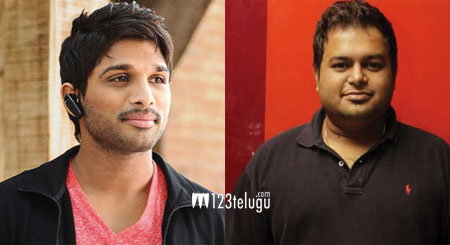 Allu Arjun’s upcoming film, Race Gurram is in the last stage of shooting and except for a song, rest of the film’s shooting has been completed. Directed by Surender Reddy, the film has Allu Arjun and Shruti Haasan in lead roles.

Thaman, who’s scoring music for the film, is reportedly experimenting quite a lot with the tunes. Considering how good Allu Arjun is with his dances, the tunes are expected to be quite peppy. Now, Thaman has revealed that he has scored a ‘dubstep’ song for Allu Arjun. Dubstep is a special form of electronic dance music and it’s extremely popular with partygoers. The song is titled ‘Down Down Down Duppa’ and Allu Arjun has been rehearsing for this song for the past few days. And going by the buzz about the song, it looks like it’s going to be a major highlight in the film.

Saloni is playing an important role and Ravi Kishan is the villain. The film is expected to hit the screens later this summer.