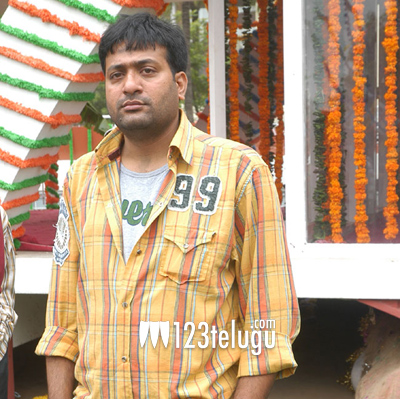 Director Sekhar Suri’s ‘A Film By Aravind’ became popular among multiplex crowds when it released way back in 2005. The director is now coming up with a sequel, titled ‘Aravind 2’. The movie is also going to be a psychological thriller, says the director.

We spoke to Sekhar Suri on the sidelines of the film’s audio and theatrical trailer launch. The director was upbeat about the film and here is what he had to say. ” This will has no connection with A film by Aravind in terms of story. It will be a psychological thriller and murder mystery. But unlike my previous film where I did not reveal the killer till the end, I will reveal the identity of the killer in the starting stages itself in this movie. This is a new approach for me and I am excited about the film’s chances”, he said.

The movie is being readied for release on January 26th. Kamal Kamaraju, Srinivas Avasarala, Adonika and other actors are playing important roles in this movie.