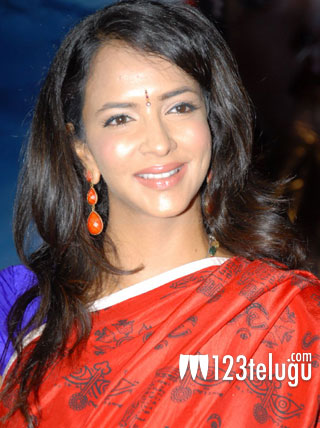 Lakshmi Manchu will be seen in a special role in her brother Vishnu Manchu’s action entertainer ‘Doosukeltha’. This is an interesting and unexpected development. What makes this development even more interesting is the fact that two very well known directors will be handling Lakshmi’s special role.

The two directors are none other than veteran legends K.Raghavendra Rao and Dr. Dasari Narayana Rao. The two directors will supervise Lakshmi’s cameo in the film and these scenes will be shot at the Gandharva Mahal set near Manikonda.

Both K.Raghavendra Rao and Dasari Narayana Rao are very close to the Manchu family, so this is more of an honorary assignment than anything else. ‘Doosukeltha’ will hit the screens for Dussehra, on October 11th. Lavanya is the heroine in the film and Veeru Potla is the director.