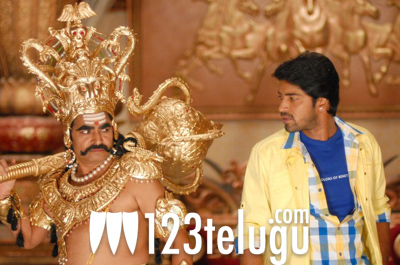 Comedy King Allari Naresh’s socio fantasy entertainer ‘Yamudiki Mogudu’ has received a U/A certification from the Censor Board. The movie is now aiming for a December 28th release and this will be Naresh’s first project after the hugely successful ‘Sudigaadu’.

Chanti Addala has produced the movie with a big budget and Koti has composed the music.