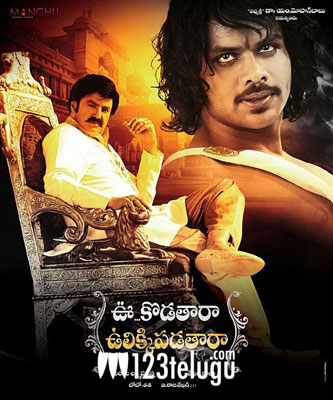 Manchu Manoj, Balakrishna starrer Uu Kodathara Ullikki Padathara is all set to hit the screens on July 27. Earlier, the film was being planned for release on August 2; however, Lakshmi Manchu, who’s producing the film, has decided to release the film on July 27 now. Lakshmi Manchu, Deeksha Seth, Sonu Sood and Sai Kumar are also playing important roles in this action entertainer. Sekhar Raja has directed the film. Bobo Sashi has composed the music. The film is carrying a good report in the industry. Manchu Manoj and Balakrishna’s action are being touted as the major highlight of the film.