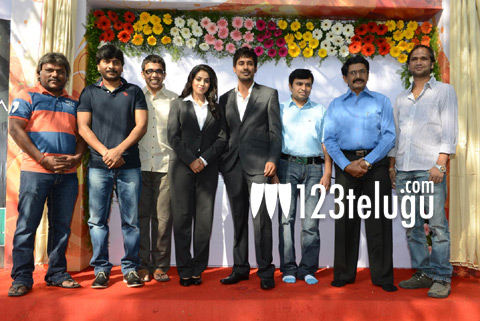 Varun Sandesh will soon be seen in a film titled Nuvvala Nenila. Trinadh Rao is directing the film and Induri Rajasekhar Reddy is producing it under Amogh Creations banner. Poorna is playing the lead role opposite Varun Sandesh in this romantic film. It was launched earlier today in Ramanaidu Studios, Hyderabad and Sampath Nandi and Murali Mohan graced the event. Talking about the film, Trinadh Rao said, “This is my second film with Varun Sandesh. The film will go on floors on February 18 and we’ll complete the entire film in three schedules. Sai Karthik has given good music.” Varun Sandesh has recently finished shooting for Trinadh Rao’s Priyathama Neevachata Kushalama and his next film Chammak Challo will hit the screens on February 15.