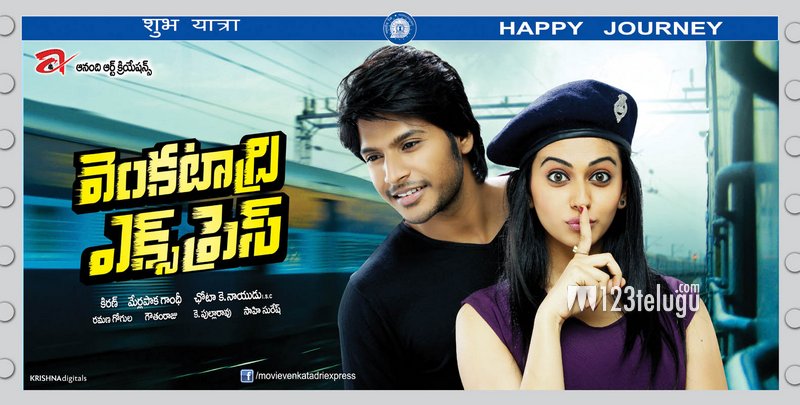 Sundeep Kishan, Rakul Preet starrer Venkatadri Express is gearing up for release on November 29. Newcomer Merlapaka Gandhi has directed the film and Kiran has produced it under Anandi Art Creations banner. The film’s audio and teasers have already become a big hit. Talking about the film, Gandhi said, “Venkatadri Express is a different film and we are quite confident that it’ll be a hit at the box-office. The post-production has almost come to an end and it’ll be censored soon. I’ll have to thank Ramana Gogula for giving wonderful music.” The film’s platinum disc will be launched soon. Chota K Naidu is the cinematographer and Gowtham Raju is the editor. Rama Gogula, who’s back after a long gap, has scored the music for this film.